Fat enough. Coming to terms with weight when it’s less than ideal.

I don’t know which made me saddest—her sense of vindication when reporting the oncologist’s orders: “I don’t want to see any more weight loss”, or her distress that her weight was up 5 pounds. Or perhaps it was her pride in getting down to the lowest adult weight she has seen in many decades. Ahh, the perks of esophageal cancer!

She’s lived so tormented by her weight, berated by doctors and non-supportive family members to reach for something unattainable, to get thin, from the time she was a pretty, young, school-age girl. “You’re beautiful”, they’d say, “if only you could lose some weight.” Perfect labs and low normal blood pressure were not good enough. No, she didn’t look fat on paper.

And yet her obesity just might have been the source of her potentially fatal illness. There. I’ve said it. Admittedly, GERD, gastroesophageal reflux, is linked with many factors, and obesity is just one of them.  But after a decade living on antacids, popping Rolaids like LifeSavers—no pun intended—with a blood sugar approaching diabetic levels, she had gastric bypass. The GERD? Finished! Antacids were no longer a fixture like Kleenex and lipstick in her purse. Yes, she was free of heartburn and indigestion—and her blood sugars dropped to normal. With her 90 pound weight loss came a reversal in symptoms and the promise of a better life.

So it came as a quite a shock last year to learn that she had esophageal cancer. And hers, located at the very bottom of the esophagus near the stomach, was not a result of alcohol or smoking but from many years of damage from acid reflux.

GERD can lead to changes in the cells of the esophagus—between 5 and 10 % with GERD get Barrett’s.  And Barrett’s Esophagus can develop into cancer, with an overall lifetime risk of 5%.

Could it have been prevented in her case? 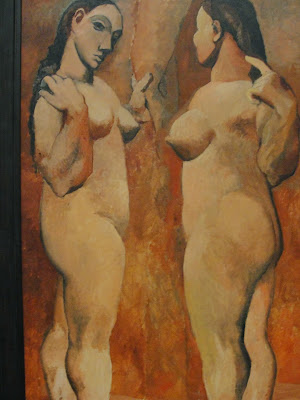 Sure, earlier screening by endoscopy to evaluate progression to Barrett’s sooner could’ve helped. And being more proactive with a procedure called ablation to wipe out the changed “Barrett’s” cells would have helped too.

As for weight loss?

It’s not that she didn’t try. Perhaps she was genetically meant to be a large woman with a high BMI. Still, she could have worked in more activity, walks at least, something, setting realistic, achievable goals. And stress reduction to prevent emotional overeating and anxiety-driven overeating.

Yes, those might have helped her weight and subsequent chronic reflux and possibly prevented her cancer. But in our society it would never have been enough. She would still be viewed as obese, with the stigma we project on that label. Doctors would still say her weight was too high, falsely envisioning the fast food drive-ins she never frequents. (Actually, her meals have been quite healthy and balanced for as long as I could remember.)

In spite of her post cancer, post surgical weight loss of more than 40 or 50 pounds—honestly I don’t know how much exactly—following the doctor’s orders and not striving to lose more weight is quite a challenge. Self-acceptance doesn’t suddenly appear at age 75 when it has been long absent.

So please don’t wait until changing is a matter of life and death. Seek support for working on self-acceptance. And try to see your weight as just a number—not a reflection on your character, nor your motivation, nor your fitness level or your health.

And yes, I've written about this before with a bit of a different focus.
Posted by HikerRD at 9:07 AM