The Halo Effect. Your Thoughts About Healthy Foods Can Make or Break Your Weight Struggle. 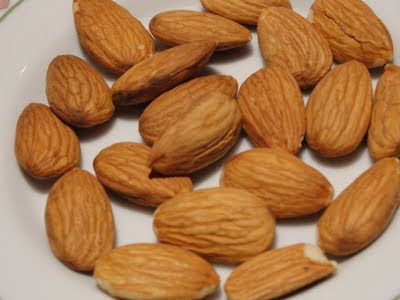 Convinced of the health merits of such calorie-dense items as almonds, peanut butter and olive oil? You may feel more relaxed, more permissive about eating them as they’re nutrient rich and heart-healthy. After all, they’re good for you, right? So what’s the harm of eating them freely?

But then there’s the frustrated cry I hear most days, by seemingly educated dieters.
"But I eat so well, so healthily, I don't understand why I'm not able to lose weight”.

Thank you Jenny Wan-Chen Lee, a graduate student at Cornell University and her mentor Dr. Wansink for clarifying what’s going on here, confirming and quantifying what I’ve long experienced with my patients the past 25 years in practice. It’s called the halo effect.

Beautiful people are often attributed other positive features, simply because of their beauty. Their beauty radiates a sort of halo, influencing us to see them as smarter, more competent, and more likely to make a better president, for instance.


Growing evidence suggests that this halo effect may also apply to foods, ultimately influencing our eating. Research has shown that people tend to eat more calories at fast-food establishments claiming to serve "healthier" foods, versus the amount they’d have at a standard fast-food restaurant. Perceiving a food to be more nutritious, they’re less cautious and tend to overindulge. New research by Lee explored the halo effect around organic food, to see if people’s positive notions of organic items would lead them to perceive them as tastier or lower calorie.

“She tested this question by conducting a double-blind, controlled trial in which she asked 144 subjects at the local mall to compare what they thought were conventionally and organically produced chocolate sandwich cookies, plain yogurt, and potato chips. All of the products, however, were actually of the organic variety -- they were just labeled as being "regular" or "organic." Participants were then asked to rate each food for 10 different attributes (e.g., overall taste, perception of fat content) using a scale from 1 to 9. She also asked them to estimate the number of calories in each food item and how much they would be willing to pay.”

“Confirming Lee's health halo hypothesis, the subjects reported preferring almost all of the taste characteristics of the organically-labeled foods, even though they were actually identical to their conventionally-labeled counterparts. The foods labeled "organic" were also perceived to be significantly lower in calories and evoked a higher price tag. In addition, foods with the "organic" label were perceived as being lower in fat and higher in fiber. Overall, organically-labeled chips and cookies were considered to be more nutritious than their "non-organic" counterparts.”
http://www.sciencedaily.com/releases/2011/04/110410130831.htm 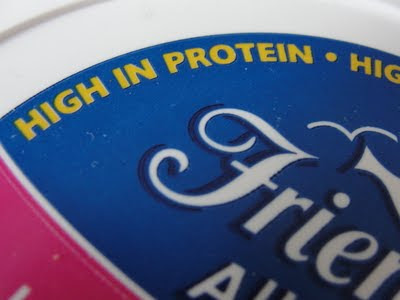 From my experience, this halo effect can have a positive or a negative impact on eating, depending on your eating issue.

For those struggling with overeating, the halo effect contributes to eating in
excess. Here's how it happens. If you perceive a food as healthy or good for you, and therefore acceptable to eat, you tend to be less mindful of portions of these foods. So consider that cry I hear frequently from new patients presenting for weight management. Assessing their intake makes it crystal clear—they are simply eating too much of a good thing!

And the Atkins and Zone Diets have made the situation worse, as I see it. If you were indoctrinated with the false information that protein at any cost is the answer and that carbohydrate is the culprit for your weight problems, it’s not so easy to let it go.

And so excessive portions of protein rich foods are eaten, leading to excessive calories and therefore worsening weight struggles.

Trainers at the gym, are also frequently at fault, for propagating nutrition bubbe meises, or old wive’s tales. “Eat more protein to lose weight”, they convince their clients, who return to my office frustrated by their escalating weight (not, I might add, the result of increasing muscle mass).

When I started practice in the 1980s, I remember patients proudly sharing their progress. They'd declare that they had moved from Oreos to Snackwell's fat free cookies, consuming 6 or 8 at a time because they were fat free. But they missed the part that they were not calorie free. These patients were sold on the merits of Snackwells having no fat, which in that era was considered a good thing.

This very same halo effect has its benefits for those dealing with
restrictive eating disorders. It is often easier to include foods seen as healthy, even if only because of their organic label. Yes, for some people, certified organic chocolate feels safer as a means to increase calories than many other items might be. Similarly, a food attribute such as fiber content often allows people to select that food even if it is higher in calories. It's an effect I encourage taking advantage of, as it allows clients to become more comfortable with a wider range of foods. 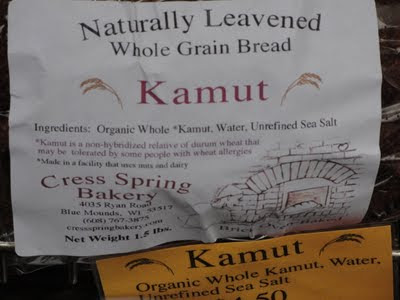 What does this halo effect mean for you?

If you struggle with restrictive eating, you may find it easier to incorporate foods with some perceived health benefit, something you can justify as good for you. This often makes change easier. This will also lead to greater variety with less deprivation. It can then lead to transference of trust—allowing you to change items, to swap them—recognizing they are equivalent in nutritional value for weight and energy balance. Ultimately, you’ll be more likely to manage your nutritional needs, expanding your food selection and increasing your intake.

For those who believe that simply eating healthy foods without regard to physical need shouldn't result in weight gain, think again. Excessive calories relative to need is what impacts weight. Organic, high fiber, whole grain, omega 3-containing foods may all have their merits. But weight management comes down to calories in versus calories out.