Lying And Eating Disorder Recovery. What Do You Do Now?

First, my confession: I lied to a patient yesterday, and I feel the need to come clean; it’s not my norm to lie. I told this new client struggling with an eating disorder that I have never lost a patient—and that I am determined to do all I’m able to keep my patients safe.

The truth is a bit different. I’ve lost one patient in the 26 years supporting patients with anorexia, bulimia and binge eating disorder. And while statistically one patient is a tiny percent of the thousands of individuals I’ve seen over the quarter century, one lost patient is one too many. 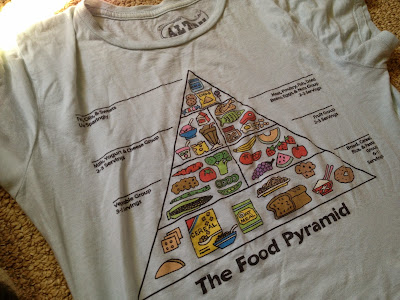 I think about her every time I open my dresser drawer—she gave me a gift just two weeks before she left this world—following my compliment of the shirt she was wearing. She knew I’d get a kick; she wore it to amuse me, for sure. I don’t think it was a parting gift; her death was rather impulsive.

And I think about her whenever I bike ride past the train station upon whose tracks she ended her life. She was being treated by a qualified eating disorder team and by all accounts she was doing quite well—based on what she shared with us, at least.

Objectively, her eating had normalized and medically she was stable. I can’t recall now just how long it had been since she had purged, but she was doing well enough that we were spreading visits out a bit.

I’m not quite sure why I lied. Perhaps I wanted yesterday’s patient to know how determined I am to keep her safe and to know that one way or another I’ll support her and work with her to recovery. Maybe it has to do with my sense that Dahlia’s death was not because of her eating disorder, but her depression. Was it even a lie when her cause of death was not directly due to her eating disorder? Regardless, it made me think about this topic of lying, particularly as it pertains to recovery.

Years ago I had a new patient who, after introducing herself, immediately shared that she is a pathological liar. And that she steals. It’s a bit of a conundrum, then, to know if I should believe her. And should I hide my purse when I head out to retrieve some materials from the next room? Do I trust her—ever?

Daniel found himself in a bind several months ago when I proposed he increase his intake given his inappropriate weight loss. He looked me right in the eyes and emphatically swore he’d stuck with the recommendations from the preceding week—every single one of them. Yet he was well aware why he had lost weight. And he didn’t want to admit that he was struggling with following through with my recommendations. He silently hoped that his method of skimping on his intake would still hold his weight steady—even though I advised him otherwise. And now, if he agreed to my new add-ons, he’d have to lie again—because he had no intentions of eating more. Now he regretted lying as things had gotten quite complicated.

Sometimes lies aren’t so apparent. You know, like the lies of omission. “So you had the sandwich and the glass of milk?”, I’d confirm. “Yes, and the fruit”, she’d add. But only when I probed further with “And how much of the sandwich did you manage to get through?” did I hear “less than the half”. Or, when I asked about how the exercise limits were adhered to and told that she stuck with the agreed upon 30 minutes, for example. But when I asked “And what was the maximum time spent exercising?” I heard “Well, 40-45 minutes—on most days”.

And then there’s the lying to your self. You look at the cereal and you think surely that’s about the right amount, when truly you know that your portioning falls short. Or you ignore the fact that gardening and compulsively cleaning count as exercise too. You underestimate the number of planned binges or your need to throw out food so no one knows you even bought it and ate it, and you eat mindlessly so you can even fool yourself about your eating.

Your therapist can better explain the role lying plays for you and why you rely on it. But from my perspective, your feelings of shame about eating, of not being deserving, and of needing to be in control are just a few of the contributors. You want to please us providers so we won’t abandon you and truly you’d like to believe you’re doing as well as you state you are.

But like the boy who cried wolf, you leave us struggling with trusting your word. It makes it hard to know just when we need to offer more guidance and support if things always sound great.  I worry when you say that things are always going perfectly—really I do. How will you learn to pick yourself up when you slip if you never share your struggles? 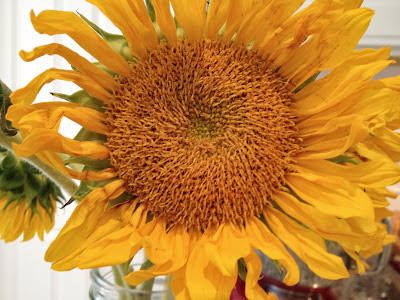 I know this is hard. Nobody talks about it. But as a provider who is determined not to lose another patient to an eating disorder and its comorbidities, I urge you to push yourself to be honest—on your food records, in your sessions, about your difficulties. Volunteer the answers—even if your doctor or your other providers don’t know enough to ask. Tell your supports when your struggling. Hiding beneath your binging, your restricting, or your purging with vomiting or exercise or laxatives is only lying to your self.

Thanks for your honesty. And thanks for reading and commenting.

The 'Life’s Too Short' Diet

Do you fear you’ll be dealing with eating issues in your next decade—when you’re in your 30s, or 40s, 50s or beyond? Yearning to just be normal again? (Again—because at some point in time, perhaps way back when you were a child, you lived free of all these food concerns, never counting calories or giving a thought to when and how much you consumed).  Wrestling to release your self from the hold of anorexia, binge eating or bulimia, and the preoccupation with your weight and the diet du jour? Ready to be free of carb and fat phobia?

Scared? No surprise. You don’t yet trust the next step, but know it’s time to change. Seemingly damned if you do, damned if you don’t change your relationship with food.

There comes a point, a tipping point, when you realize that the cost-benefit of staying stuck is not in your favor. Don’t be fooled into believing that you’ll be happier if only you weighed a few pounds less, because it’s simply a moving target. And the toll that restrictive eating and disordered behaviors takes on your body and your mind is a steep price to pay—even if you thought you’d be happy. It’s not worth the ruminating, the fatigue, the loss of social activities, the isolation, or simply the risk. It’s not worth living with your secrets.

While I no longer struggle with an eating disorder (although my past history of restriction and binge eating was shared in Food to Eat), my tipping point crystalized soon after my diagnosis with MS. It hit me that I didn’t know what tomorrow would bring. (Brilliant, huh? Nobody knows what tomorrow will bring! We could be hit by a car or by lightning, heaven forbid.) The awareness that I could lose my ability to walk, or bike or go up the stairs in my home at absolutely any time highlighted for me that the time was now. I needed to start acting like life is short—because it is. I needed to carve out time for me and for my needs and to seize the moment. Putting off travel was no longer an option. Taking care of my body—including minimizing my stress level—was essential. Continuing to eat well and stay healthy—to take charge of the variables I can control—was essential.

So to my readers who want to challenge their status quo, consider the following—life’s too short.

So assess your thoughts and your actions. And ask yourself “What do I need to change to improve the quality of my life?” Truly something is in your hands to change.

Because life’s too short.

Thanks for reading—and for sharing your thoughts.
Posted by HikerRD at 6:35 PM 3 comments: