Moving On After Triggering Comments

I’ll never forget the SoHo gallery that July day, about 14 years ago. No, it wasn’t the memorable art, but the chatty 20-something employee there. I stood bewildered at first, in my short black sleeveless dress, with its Empire waist, feeling quite good about myself, I might add. That is, until our conversation. Perhaps it was the heat, but I wasn’t so quick to get her references. "How much more time till the big day?" "How are you feeling?" And finally, "Have you picked out names?"  Yes, I was assumed to be pregnant—but I wasn’t!


I wish I could say I hardly remember this event, but unfortunately I do. People can say the most triggering things.
To better address this point, please read the following piece, so beautifully and powerfully written by a very wise patient of mine. Welcome my very first guest author, who I’ll call Molly. 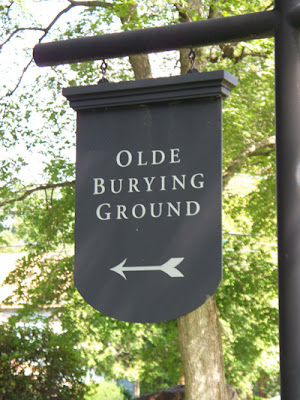 I walk in the cemetery to revel in the peacefulness, to breathe in the lush smell of flowers and mulch, to admire the stately row of hemlocks that borders the “Olde Burying Ground,” coniferous soldiers lined up the protect the granite headstones and perfuming the air with the sharp scent of pine. On that hill, I learned to ride a bike without training wheels; at that pond, I would catch frogs with my sister on hot summer afternoons, our murmurs of excitement swallowed by the thousands of headstones that extended for acres in every direction.
The cemetery was my safe place, a sanctuary away from the challenges of becoming an adult and claiming my space in the world.
It was a safe place. Until a Friday when a caretaker turned off his lawn mower as I walked by and said, “A young girl like you should be running, not walking!” He swung his arms like a marathoner as he spoke, as if that would make his comment funny or clever, as if that would ease the harsh sting I felt, the reprimand, the accusation of laziness, and the stirrings of a familiar voice. 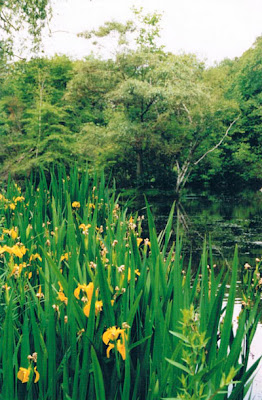 My eating disorder used to make me run every day, rain or shine, and I hated every moment of it. I hated changing into running clothes, no matter how cute they were (and my closet looks like a lululemon store, so great is my quest for cuteness). I hated queuing up a playlist on my iPod that would keep me motivated for an hour. I hated the feeling of my ponytail swinging from side to side like a clock pendulum with every step. I hated when cars went skirting by, strange faces appraising me in the side mirrors. I hated the way my fingers swelled and my nose ran and my thoughts galloped in an endless loop: I hate this I hate this I hate this. Most of all, I hated peeling off my running clothes, stepping into the shower, and thinking, I have to do this again tomorrow. Sure enough, the next day I would go through the same miserable routine.
I wasn’t running because I wanted to, because I enjoyed it. I was running because my anorexia had an iron grip on me, murmuring in its at once soothing and terrifying voice, You fat cow, you disgusting pig, you worthless girl, burn calories, be miserable, take control, run from life. It was my anorexia that forced me to run in January’s freezing rain, the hail stinging my face, turning my cheeks an angry red. It was my anorexia that made me run on the treadmill and obsess about those annoying dots that mark off time remaining and calories burned. (I remember when the emergency stop cord disappeared from the treadmill in my dorm common room at college and I practically cried with relief because the treadmill wouldn’t work without it; then I really did cry when I realized that putting a magnet in its place tricked the treadmill into working, and my anorexia gleefully made the workouts resume).
When I finally entered residential treatment, I learned that the compulsive exercising, in conjunction with severe restriction, had lowered my potassium to what the doctor referred to as “heart attack levels.” In spite of the fact that my period had been absent for six months, and that my body had grown a soft coat of hair to compensate for the loss of body fat, I still believed that running my way to thinness, to perfection, to absolute control, was the only way to prove I was worthy of living.
After six months of hospitalized treatment, and ten more working with a wonderful outpatient team that brings new meaning to the phrase, “It takes a village,” I am now standing on my own two feet, a college graduate, a proud daughter, a loving sister. And though the ghosts sometimes still haunt me, and my eating disorder still berates me, and life still becomes overwhelming, I am not running away. But I want to, I desperately want to, when uninformed and ignorant comments turn calorie counting and starvation and misery into a glorified ideal.
Eating disorder experts often say that positive body image is the last puzzle piece that falls into place during recovery. But with people saying things like, “You should be running!” or the psychiatrist who skeptically asked, while looking me over from head to toe, “You were anorexic?” I honestly don’t believe I’ll ever get to that place of self-acceptance.
I loathe the phrase, “You look healthy,” because my eating disorder warps it into, “You look fat,” so loved ones who know about my struggle have learned to say things like, “I love seeing your smile again,” or “Í’m so happy we can talk about books again now that you’re able to concentrate when you read.” When I came home from residential treatment, my dad said to me, “There’s a person behind your eyes again,” and I’ll never forget that moment.
But the real world isn’t as educated. Commercials for diet plans and pills are everywhere. Photos of celebrities flaunting their bikini bodies decorate magazine covers. People gossip—who lost weight, who gained, who helped themselves to an extra cookie at the PTA meeting. Random strangers ask why you’re walking instead of running. We constantly evaluate—and praise or mock—people based on food choices, weight, and exercise regimen.
That afternoon when I got home from my not-so-mindful walk and burst into tears while trying to eat my snack, I was confronted with a choice: restricting or living. And while my eating disorder was shouting at me, tantalizing me with promises of thinness, numbness, and perfection, the rational part of me got on the phone and scheduled an emergency session with my therapist.
Triggering comments and experiences are an unfortunate reality, but they don’t have to derail everything you’ve worked for. Alternatively, you can never fully know a person’s story, and assumptions can be both dangerous and harmful. That man’s comment could have sent me spiraling back down a road I’ve traveled before (and the destination isn’t a luxury resort). Though I had no control over what he said, I did have control over my response.
A young girl like me shouldn’t be running. She should be living, eating, thriving. And walking—at a slow, mindful place—seems to be the best way to get there.
Posted by HikerRD at 5:52 AM