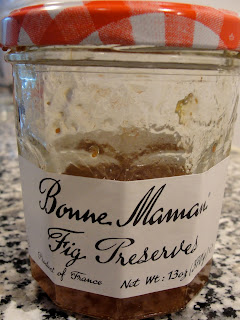 It feels like a little secret I need to share. And maybe I’ll discover from your responses that only I was the last to find out.  It’s about jam. Fig jam. Seem strange?
Keep in mind that looks aren’t everything. The fig, dried fig especially, would hardly draw you to it from its appearance. But the jam from this fruit truly enhances many foods, I’ve discovered. I’ve tried a few brands, but so far my favorite two are Bonne Maman (from France) and Organic Adriatic Fig Spread (a product of Croatia, it says). Both are easily found in US supermarkets (at least those in the suburbs in New England).  I even indulged at Williams-Sonoma (I had a gift certificate) and paid about $15 for a jar, but it didn’t compare to the other two brands which price at $4-5.
Why such affection for this product? It's a combination of its sweetness, which serves as a perfect and unexpected complement to a range of foods, and its texture, with its tiny seeds and chewy fruit pieces. And for a minimal addition of calories, it truly enhances the pleasure of eating so many foods!
So far, here are my favorite uses: 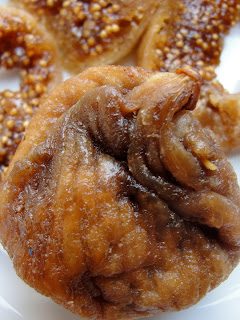 Spread on a sandwich with a strong cheese (an aged cheddar, goat cheese, or Manchego, a delicious Spanish cheese), topped with some baby spinach greens. Totally yum! I promise to add a photo of this soon, but today I had soup for lunch instead!
Dropped by teaspoonfuls onto homemade pizza. Yes, even with the tomato sauce, it works surprisingly well. Alternatively, buy some dried figs, slice them up and toss on the pizza instead. 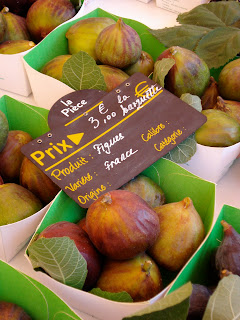 As a topping on fish, especially salmon or other strong flavored fish. Spread it lightly when the fish is just about done cooking. Or, mix up a simple sauce, adding some balsamic vinegar to a few tablespoons of the fig jam to thin it out. A bit of Dijon mustard can be mixed in as well.
Mixed  into a cup of plain yogurt. A tablespoon will do. Delicious!
Enjoy! And please share your creations with fig jam!
Posted by HikerRD at 10:23 AM