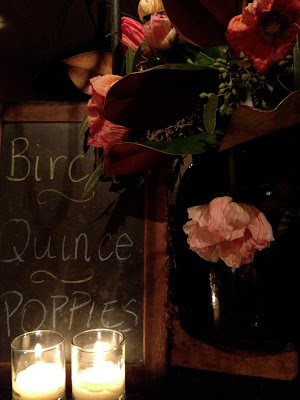 I’m out to dinner with my husband while visiting New York City, at a restaurant highly praised by a foodie—friend I’ll call Lloyd. And Lloyd says “you must try the desserts—they’re amazing”, or something to that effect. It’s a 45-minute wait for a seat at the bar (a beautiful, relaxed setting, I’ll add). We share a couple of wine flights—those 3 oz samples, and order our meal.

That part was easy. The arctic char appetizer was divine, surpassed by the two entrees we decided in advance to share. (Basically, I have a hard time deciding and don’t want to limit my options, so I petition my husband that we should share and he generally obliges as he did Saturday. Yes, marrying him was a good decision.)

Skillfully prepared fish and a butternut squash lasagna—the labels do no justice to their taste. Totally wow, and I don’t use superlatives for food too readily. The bread was similarly fabulous—a whole-wheat sourdough seemingly right from the oven served with sweet butter. Of course I enjoyed a couple of slices as they  were put before me. 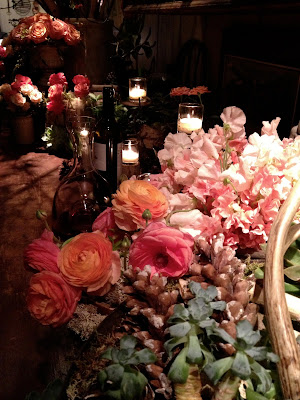 I was quite satisfied from this leisurely paced meal. A warm beverage would’ve capped it just fine. But Lloyd’s words hovered. I knew I needed to try dessert. What to do? We started with coffee, a spiced French Press, while the menus sat before us. Okay. Let me just inquire, I thought. So I engaged the bartender/waitperson. “Can you tell me about the lemon curd dessert with chocolate and hazelnut crumble (which sounds so weird I can’t even image getting it but I just need to know!)? And she did. “What would you suggest?” I prodded further. “This or the apple pie with ice cream?” (which sounded so conventional, I thought). She described them both in glowing terms, then added that the apple pie is the restaurant’s most popular. “Fine, then. We’ll take it. It’s decided.” (My husband, by the way, was somewhat indifferent to having dessert that night.)

AND the lemon curd dessert—gratis, I’ll add! This lovely waitperson felt we really needed to try both—perhaps she felt my decision-making pain when I announced my dessert selection.
Now what would you do? 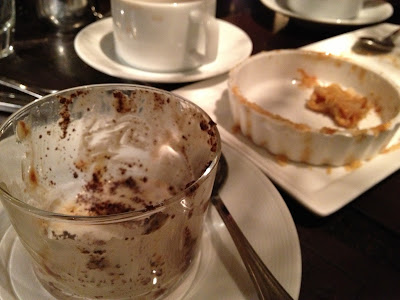 So after we completed devoured the two desserts, which were as delectable as our foodie-friend promised, what to do? We didn’t need the extra calories (and thankfully calorie counts have no place on these non-chain restaurant menus!)

Breathe. The meal was over and we thoroughly enjoyed it. This was hardly the best match of intake and need. Rather, fullness had been overridden by desire, by opportunistic eating (when would I get to try their desserts again?), and the like.

What’s the worst-case scenario? Okay, we took in more than we needed that meal. So what? This is more the exception than the rule—our eating is generally quite fitting for our need. Compensation would lead to consequences—restriction results in excess hunger and deprivation and potentially rebound overeating, or at a minimum, preoccupation with eating.

Besides, we thoroughly enjoyed the two desserts, and the whole dining experience. No regrets. 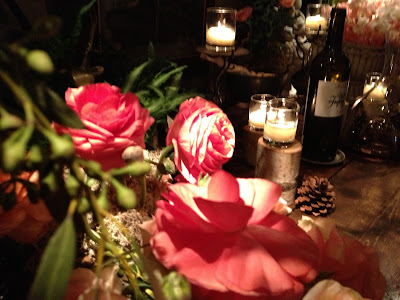 Would I do anything differently in the future? Perhaps. I just might make a point of going there more often, so it doesn’t feel like a now-or never experience. Gramercy Tavern is not going away anytime soon. I just need to remember that.
Posted by HikerRD at 7:32 AM