It's January and if you watch TV, read Women's (or Men's) magazines, or overhear locker-room talk you know what that means.  Just last week my husband emerged from the gym, biting his tongue having heard a couple of guys talking about white flour and 'bad' foods to eat and their New Year's resolutions to strike them from their diet.
Yes, one of us bites his tongue. I, on the other hand, feel compelled to discuss the issue further. 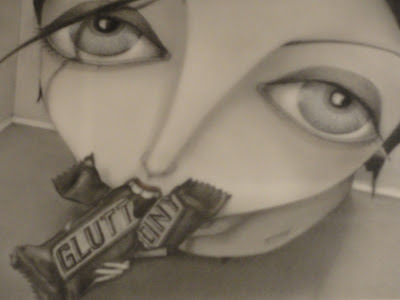 Because I have been hearing tales of OA meetings, about Grey Sheet, about control and powerlessness for years now, from clients who’d been involved with OA and wrestled to break out of it’s grip, and from those struggling to move on. And, because I want to point out--as I did in the Weight Watcher's post—what you need to be cautious of if you are considering taking advantage of this program.

But first, here’s a disclaimer; I have never personally experienced Overeaters Anonymous meetings, nor the sponsor relationship, although I have read through their booklet several times to ensure I am taking their information first hand as well as through the filter of its ex-members. I am writing based on what I frequently hear in my office, from those who have left the group, often with mixed emotions. They left, ultimately because they realized it wasn't working for them, sometimes feeling a longing for the camaraderie of the group, sometimes seeing their departure as their own failure. But often recognizing that the OA approach was ultimately far from healthy.
Overeaters Anonymous is a peer led support group based on the 12-step model of recovery. What's 12-step, you ask? Here's a link for an explanation:
http://en.wikipedia.org/wiki/Twelve-step_program

Twelve-step programs are fabulous for helping individuals take control when struggling with a range of addictions—such as alcohol and drugs. But eating should not be so black and white, with columns of drug-like foods and good food. We can compulsively overeat on anything—given the right setting and triggers.

So what's my beef about this 12-step program for compulsive overeating?

1. It's free. But you get the expertise you pay for.

Guidance and support abound, by well-intentioned individuals (called sponsors) struggling with their own compulsive overeating. And their approach to managing food is simply avoidance. Are sweets an issue? Ban them. Bread? Ban it. Anything white, as in white potatoes and white rice—purge them from your diet. Admittedly not all OA members follow this rigid approach (aka Grey Sheet), which has supposedly lost favor with the organization. Yet even in their descriptive program booklet, there’s specific reference to avoidance of these foods. 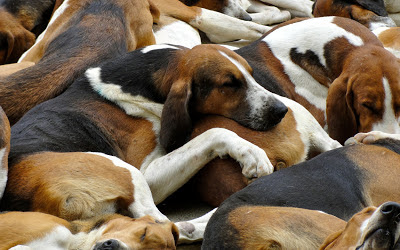 It appears to me, from my patients’ descriptions, that issues of control around food get transferred to control in the sponsor-member relationship. Instructions and repeated check-ins and accountability come from sponsors, lay people struggling with compulsive overeating themselves. They are not trained professionals, and draw only from their specific issues and experiences. Patients have described feeling shame and the need to be dishonest with their sponsor, and they ultimately complain of difficulty being released from the hold of the sponsor even after deciding to leave OA.

2. You decide what you eat?

With Overeaters Anonymous, you can follow whatever diet you please—it's up to you, not them! “We choose what’s appropriate and nutritionally sound for ourselves”, they say. Sounds perfect, no? Yet this can be dangerous, if you are misinformed as were the gym goers my husband overheard or if your thinking is distorted from years of diet rules. If you believe that limiting your intake to fruits and vegetables is adequate for yourself, I just wouldn’t agree. There is a place for some reality checking with a professional!

3. We must admit we are powerless over food?

That's their ‘step one’ so it’s no surprise that OA and I differ philosophically here! No, I do not believe you are powerless—although you may certainly feel powerless around food. Yes, when you have under eaten throughout the day, you will feel out of control when food finally appears. When you are stressed and have not yet learned alternative means to manage your feelings other than relying on food, you will overeat. And if you feel you are not entitled to eat—because you shouldn't feel hungry, or if you desire something palatable but feel that you are not entitled to eat what you enjoy simply because of your weight—surely you will eat it compulsively and feel powerless. “Our mind/body as compulsive eaters is different than a normal eater…” they say, and I couldn’t disagree more.

4. “Spiritual growth is the basis for stopping and maintaining compulsive free eating.” 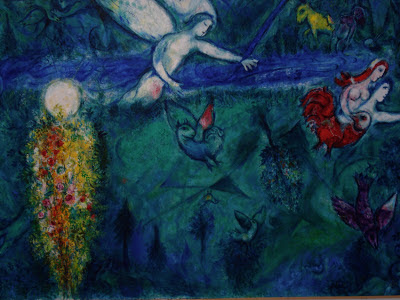 That’s what they say in their manual. Sure, a sense of peace and inner calmness will help you move away from compulsive eating. But frankly, if someone leaves a plate of home-baked brownies on your kitchen counter, even if you’ve had a spiritual awakening, you’ll likely still eat more of those delectable baked goods than you intended—and there’s nothing disordered about it! Rather, it’s a pretty normal response, triggered by our senses. And if we’re distracted at the same time, we’ll likely eat more. And if we’re hungry at that time, we may consume them faster and in greater portions. I’m all for spiritual growth, but you don’t need to believe in a higher being to take control of your eating.

5. “Then we need a plan of eating…that includes refraining from particular foods and or specific compulsive behaviors.”

Unfortunately, restricting food intake and creating lists of good vs. bad foods does nothing to change your long-term relationship with food. Short term, this black and white view may seem to serve you well. But after some time, thoughts about the forbidden foods, longing for what you miss eating, and ultimately overeating on that which you’ve eliminated, will result. But you may just blame yourself instead of this outrageous approach that itself contributes to your lack of control around food. I do not endorse their approach of identifying and then eliminating all foods that you struggle to eat in control.
“Think of it not as deprivation but of as a positive act and spiritual discipline…” they urge. Really? Is this the kind of guidance that will help free you from disordered thoughts around food and eating? I don’t think so!

I support OA’s interest in helping you move away from unhealthy behaviors, including [my additions in parenthesis]: 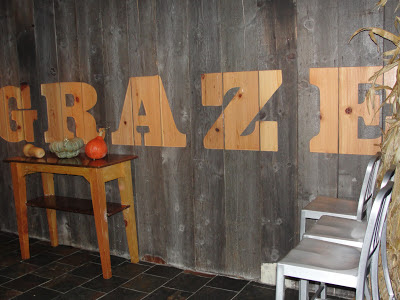 “These behaviors should be stopped.” They say. And with this, I agree. But their recommendation to follow a 3-0-1 plan to include only 3 meals with nothing in between is simply absurd. It will neither stop your behaviors nor your preoccupation with food and eating.

So now where can I turn?


Support groups can be quite valuable, but I’d advise joining one moderated by a professional in the eating disorder community. In Massachusetts, check out medainc.org, or explore your local eating disorder organization. Yes, compulsive overeating is an eating disorder and needs to be address by professionals whose treatment is based not on their personal experience, but on years of clinical expertise and guidance from evidence-based research. Well-intentioned free guidance can cause more harm than good, as you‘ll struggle to let go of the additional set of rules they’ve imposed.

For more on this topic, check out What I've Learned About Food Addiction, Black and White-Great for an Outfit, Not for an Outlook
Posted by HikerRD at 9:27 AM