Obsessive Workouts and Protein Powders: How Concerned Should We Be?


Reactions to the NY Times article and the Pediatrics study on teens and muscle-enhancing behaviors. 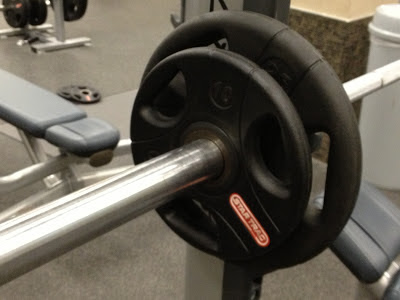 I'm bothered by something I read. "Compared with a sedentary lifestyle of video games and TV, an obsession with working out may not quite qualify as a health hazard", as stated in last week's NY Times article. While the article brought to light the silent struggle many boys deal with—or rather, don't deal with—their obsession with weight training, dietary modification and steroid use to achieve the 'perfect' body—it failed big time in educating readers about when to be concerned, and what we can do to prevent this unhealthy trend. But this is not just about boys—the Pediatrics article identified that girls, too, are taking steroids and more frequently protein shakes to increase muscle mass while pushing activity.

Yes, teens, both boys and girls, have become more focused on increasing their muscle mass. "Strong is the new skinny" is a current sentiment; neither being healthy nor slim is good enough. The bar has been raised necessitating increased muscle mass to change one's appearance. And the price they pay is far greater than suggested in the Times' quote above.

But how big a deal is it if a teen—or an adult—takes a supplement or pushes their training to change their appearance? The actual study, in my humble opinion, did little to differentiate unhealthy disordered behaviors from more innocuous ones. What's the issue with weight training to increase muscle mass, any way? What's the harm in your taking a protein shake to bulk up your muscle a bit? (Steroid use is another story, and that is well addressed in the Times article.)

If you're like twenty-three year old Nathan, it's quite a big deal. He relied on the gym-endorsed protein powders, "to promote muscle growth". All things high in protein were considered safe—if they were also very low fat. Despite my urging to reduce his exceedingly high protein intake, and to liberalize his intake of fats and carbohydrate, his kidneys began to fail, struggling to filter the extraordinarily large load of protein waste products. His thoughts were all consumed with when he'd be able to get to the gym and when and what he'd be eating next.

But this is not solely a male thing, as the Pediatrics study shows. Girls, though, are more likely to modify their diet, while boys will increase their gym training to 'meet their needs'.

Like Karen, you may be spending more and more time at the gym while restricting your intake, ultimately finding it too stressful to live life with school and work demands, along with your rigid workout regimen.

Certainly, drinking protein supplements is not itself a cause for alarm. But relying on shakes in lieu of real food is. It impacts our ability to socialize, to be flexible in eating situations and to get all that we need nutritionally. A diet devoid of fats and carbohydrate will be deficient in much-needed nutrients, and typically in calories. A sense of deprivation often results, accompanied by obsessive thinking about food and eating and weight.

As for the workouts, where do we draw the line about what is healthy and safe, and what is excessive? If you're in a community of triathaloners, marathon runners or iron men/women, a few hours at the gym will seem inconsequential.

But is it driven by a preoccupation and distortion that anything short of a few hours will leave you fat or unfit? Many of my patients believe falsely that working out is always a good thing. Nothing can be further from the truth. When intake is inadequate, working out not only won't build muscle mass, it will help break down muscle to convert it to fuel! And when net intake is substantially less than need (either because of very high activity or low intake) metabolic rate slows down, so you burn fewer calories 24/7. Certainly not what you intended! 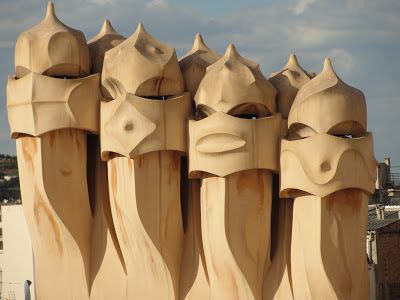 Surprisingly, there was no mention of the low testosterone levels that result in males, similar to the drop in hormones seen in females with anorexia. Tell this to those boys and it might motivate for change. Sex drive drops, facial hair diminishes and risks to bone density increase as well. For boys in their growing years—which might last until 18 or 19 years—the consequence may be stunted growth. And the opportunity for catch up is lost once the bone growth plates have closed. Most boys and girls do care about their height, but do they realize this may result?

And what messages are we conveying to our kids with their school BMI screenings? Are we faulting them for their high BMI (which will remain high as muscle mass increases and height fails to increase)? Or are we fairly looking at an increasing BMI percentile for that individual as a possible marker for unhealthy behaviors—be it steroid use resulting in rapidly increasing muscle mass or binge eating? Are we presenting being obese as so horrific that even if their behaviors are healthy, we tell them they need to lose weight? Is a drop in BMI in an overweight child healthy if they starved themselves or compulsively exercised to get there?

Shouldn't we be screening with questions about thoughts and behaviors, not just BMI?

Are we reinforcing their interest in fitness because we perceive it as healthy—no matter what? Do we share the same distorted views about all things protein-rich being "good" while villainizing carbohydrate-rich grains and fat-rich foods, too? Are we contributing to the misinformation they hold fast to? Why don't we recognize that there is sometimes pathological thinking and behaviors that drive extended workouts and dietary changes?

I don't have the answers.  But I do know that we are influenced by cultural standards of beauty, and that these images have become more and more unattainable. Yes, without steroids, you can't possibly bulk up like many of your weight-lifting role models, nor can you be both healthy and low weight as the air-brushed magazine pics would lead you to believe.

Something has to change. And it can start with you. Add your comment. Share this piece. Counter misinformation and acknowledge unhealthy behaviors—even when society fails to.

Consider these older posts for more information on topics covered in this post: