What bothered Stacey most was the binging. Sure, the restrictive eating made her feel lightheaded and made it difficult to function. And yes, she was tired—but that was to be expected—it was what she was used to. The preoccupation with her weight, her eating, her food rules—that was all she knew. But then the binges soon followed, along with the need to purge and as this increased in frequency, she began to panic. Which brought her to seek my help.
We began with a behavior chain—a mapping of the sequence of events that Stacey experiences, the link between her thoughts, feelings and actions, which keep her stuck in her disorder. It shows how one link in the chain leads to the next, then the next, to keep the cycle going.

Her pattern began, like it does for many of you, with deprivation—or simply not eating enough. She often fools herself into thinking that she is having enough—eating regularly, yet consuming insubstantial amounts or very low cal items; or limiting her intake because of not feeling hungry—perhaps because of the large volume of water and coffee she relied on to take the edge off.

Maybe it seems justified—I mean, she did binge the night before—so it seemed reasonable to her to "get back on track" with her diet mentality. And sometimes even her anxiety makes it challenging to notice her hunger and rely on it. At this point, she simply doesn’t trust her body or herself.

Next, she tends to get quite hungry. Sometimes she actually allows herself to eat enough—knowing she needs the fuel—while other times she overeats. But when she does eat a reasonable amount, she feels so guilty and not entitled to it that she later attempts to restrict.

But once Stacey crosses the line, guess what? She figures “why bother?” and so initially she decides to continue to overeat, thinking she’d already blown it. This leads her to feel disgusted with herself and to lose hope. She continues this cycle for a while until much damage is done—to her intake, to her mood, and to her sense of self-worth. Eventually this leads her, once again, to restricting her intake—to make up for the damage from the day before, to punish herself, to “get on track and take control”.

The scale compounds the problem. Focusing on the number prevents her (and you) from really looking at the problem behaviors. Your weight's climbing? This only increases your panic and impulse behavior to try to seize control--without thinking rationally about what your body truly needs. Your weight’s stable? Perhaps you minimize how damaging your thoughts and behaviors have become, and simply accept them as normal. No, it is not acceptable to spend 90% of your thoughts on food, and eating, and weight.

And your drop in weight? It may reinforce your unhealthy behaviors, as weight loss can be seen as a positive—even if it is anything but healthy—especially in the manner it is achieved. To me, weighing is generally a lose-lose situation (and I’m not talking about weight) in this situation, before you have learned to trust your body and its ability to self regulate; until you have learned to view your weight as just one variable in the big picture of your health. (So please stop weighing yourself if this applies to you!)

See the problem? In Stacey’s case, as she's eaten less, even with the periodic binging, her weight has been stable. So of course she fears what might happen if she does eat more. In her mind, more food must equal more weight. Yet in reality, there are a couple of explanations for this stable weight despite lower daytime intake. She may be making up the calorie difference when binging (although in her case this did not appear to be happening).

Or more likely, her metabolic rate decreased to accommodate her low intake. So now she eats less, her body slows the rate at which it burns calories—she feels tired, preoccupied with dieting and sometimes out of control when she overeats—and she fears changing this situation will result in her doubling in size. But this is wrong, wrong, wrong! Because her metabolism will in fact increase again as she normalizes her food intake! 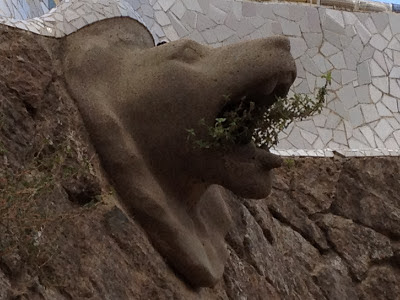 It seems we have a selective memory regarding eating. We focus on the fact that we overate—but we ignore that there was restriction that preceded it; we simply blame ourselves for our "lack of control", or failure to have “willpower”. If we binge and then purge, our memory stays fixed on how much we binged on, so we get annoyed when later on we get hungry and need to eat. How quickly we forget that we have gotten rid of a large part of our food intake, and that feeling hunger makes total sense.

Stacey has a long way to go. But here’s what she is working on. Rather than blaming herself for her seeming inability to take control, she's working on acknowledging that restricting keeps her stuck in the vicious cycle. And now she is beginning to liberalize her daytime intake, to prevent this unhealthy chain of events from continuing.

She further needs to join the “Clean Slate Club”. Yes, that's the Clean Slate, not clean plate, club. Overate? Binged? What's done is done. Trying to compensate with restricting will ensure you (and she) stay stuck—and that needs to change.  Starting with a clean slate mentality can help. It is more damaging to keep going on the destructive eating path, than to stop now and lessen your losses. It is worse to purge then to sit with the discomfort of overeating. And it is senseless to begin again with restricting, because it is quite clear where that will lead.

Perhaps you identify with Stacey—who is actually a composite of several patients I have seen this week.  Or maybe you haven't (yet) experienced the rebound binging—and purging—that may result from continued restrictive eating. It is not too late to change, to prevent the potential rebound overeating that deprivation can cause.

Why not start to break the cycle now?