The Hyperbole of Weight Gain—The Problem With Relying On How You Feel.


“We’ve got a big problem here”, she said, in a most unsettled way. “I’ve gained like 85 pounds”. I’m like a great heifer, no, a large female milking cow—whatever they are called”.  I am F-ing fat, and I can’t fit into my pants, and it’s not good. I’m eating, and now I’m hungry when I wasn’t before, and it feels like I just can’t stop.” Kara was able to sarcastically acknowledge that no, it wasn’t 85 pounds, but certainly 35 or so added pounds gained this one-week period between our sessions.  All while trying to increase her intake, to gain some weight gradually, following a period of weight loss from her already-too-low place.
Hyperbole, and then some, right?  Yet this true story from the past week speaks to a feeling, one that was anything but exaggerated. And I write this to point out how feelings could lead us astray in our attempt to get healthy. Kara’s session was not unlike others I’ve had in my career—in this past few weeks, even—counseling patients struggling with eating disorders and disordered eating.
Following the outburst, I acknowledged that her feeling like she had gained a million (or 35) pounds was real. Yes, it feels different, eating more than her abysmally inadequate diet of past weeks. Her food choices—lots of high fiber whole grains, fruits and vegetables—make it all the more challenging. Their large volume and relatively few calories don’t fit with a need to increase calories. Yet she feels as if she’s eating a lot, too much, in fact.  Oh, and the large coffees throughout the day didn’t help, either.
What’s worse is that once she started to eat more, she got hungrier. As is expected, metabolic rate, and along with it hunger, increases with an increase in food. So while metabolism slows with restriction, it picks back up with refueling. Research confirms it continues to increase (your metabolism, that is) until you hit a healthy weight range. (By the way, it’s also possible to be at a normal weight, eating pitifully little, resulting in a slowed metabolism. Increasing food, in this case, increases metabolic rate and weight may not increase, as calories increase along with metabolic rate.
But even if you know it, it feels scary having your hunger return. “What if it never stops increasing?” “Will I always be hungry, even though I’m trying to eat more?” “Will I ever be able to control my intake once I start eating more again?” The panic mounts.
If you respond to your hunger and honor it, it settles down—if you are eating enough. Sure, you’ll get hungry later—maybe 2 or 3 or 4 hours—and you’ll need to respond to that hunger as well. Otherwise, you may find yourself overeating, having restricted before. Until your signals start working for you, you may simply need to eat on a schedule—eating every few hours.
Back to Kara.
I weighed her. And she did gain weight. But it was only ¼ pound, to be exact. She assumed my scale was broken. I assumed she was serious, since that’s how she sounded. And what concerned me most, was my inability to reason with her in that moment; you can’t reason with someone who is irrational, who is simply responding to her feelings.
It’s just like trying to reason with a young, underfed child; a malnourished individual is incapable of sensible decision-making and rational thought.
Somehow Kara came to her senses. Perhaps it helped being heard. Maybe the increased eating this week was a boost, allowing her to move from her stuck place, to hear the wisdom of my recommendations. And, finally trusting that rationally, she wasn’t having enough to eat, enough calories, to support her body’s needs.
Perhaps having me acknowledge how difficult, and scary, this whole process is, helped ground her in reality, helped. Rarely do providers describe the negatives of recovery, but I was honest with Kara and acknowledged that it sucks to have to feel.  Being numb—from restricting, binging, disconnecting, really works. It can be quite challenging to start to be present and to feel things you’d rather not be feeling.
In past years, prior to more intensive treatment, there was no reasoning with her. It’s like a recent 24 year old male patient of mine who couldn’t get past his own food rules, and maintained his vigilance around raw foods, unprocessed foods low in fat, that never provided enough calories for his 6’2” frame. This bright young man was anything but reason-able, rational. That was all lost. It was all about how he felt. At that point, all I could do was recommend a higher level of care, to re-nourish him and restore his brain to allow him to think and act sensibly. Only then can we begin to successfully work together and move forward in recovery. 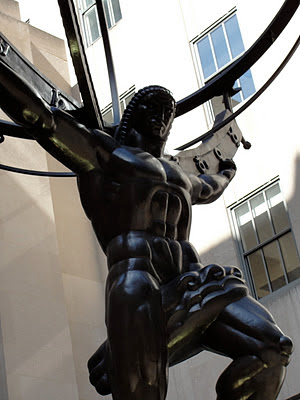 Last week a patient thanked me for letting her express her darkest, most disordered thoughts. After I listened, I rebutted. She had to hear my counter argument. She needed to see the pros and cons of her feelings—her feeling that she needed to drop some weight, in spite of being in the low end of a healthy weight range, in spite of the consequences on her body, her thinking, and her mood. She accepted my guidance, feeling liberated, and applied it in the days which followed. Because she was healthy enough, like Kara, she was able to come to her senses. Her thoughts helped change her feelings and subsequently her behaviors, and she is turning things around. Nice work!
If you are stuck on how bad your body feels, take a breath, and do a reality check. Is the change as major as it feels? And if so what are the benefits of eating more?  Being numb may feel safe, and change can be overwhelming, but what are the consequences of staying where you’re at, in your unhealthy place? With a supportive team and the right level of care, it’s not too late to move forward.
Posted by HikerRD at 7:57 PM