Hannah’s Story. The Tale of the First Reported Anorexic 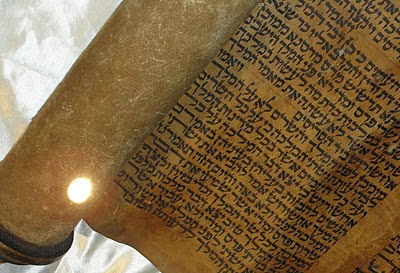 Blogging should have been far from my thoughts, as I sat in Temple yesterday, the first day of our High Holidays. But food and eating and Judaism seem inseparable, and so my thoughts turned to Drop It and Eat. At this time of introspection, at the start of the Jewish New Year, a time of re-creating, what’s the chosen text we read each and every year? A tale of a woman named Hannah, who by my interpretation is clearly struggling with anorexia. Is it me and the lens I view life through?  Perhaps. But I don’t think so.

Read the full, (translated) passage from 1 Samuel 1, dated from before 600 BCE. online if you‘d like. http://www.mechon-mamre.org/e/et/et08a01.htm
Here’s the synopsis, relevant to this blog topic, as I see it.
There was a man, who had two wives, one named Hannah, one named Peninah. Peninah had children, Hannah was childless. Hannah was his favorite, although God had closed her womb. Her rival, Peninah, to make her miserable, would taunt her that God had closed her womb. Year after year this happened. Every time she’d go up to the House of God, Peninah would taunt her, so that she wept and would not eat. Her husband would say “Hannah, why are you crying and why aren’t you eating? Why are you so sad? Am I not more devoted to you than ten sons?”
After they had eaten and drunk, Hannah rose. In her wretchedness, she prayed to God, weeping all the while. And she made this vow. (To paraphrase—look upon my suffering and remember me and if you give me what I want (a male child) I will dedicate him to your service.) 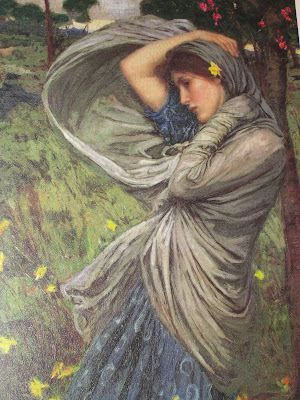 To make a long story short, she began praying silently,  “in her heart; only her lips moved, but her voice could not be heard”.  And the priest took her for a drunk, and told her to “sober up”. And what does she do? Does she shut her mouth in shame? And close her heart as well? No! She finds her voice in a big way. She replies, “I am a very unhappy woman. I have drunk no wine or other strong drink, but I have been pouring out my heart out to God. Do not take your maidservant for a worthless woman; I have only been speaking all this time out of my great anguish and distress.”
In response, she was apologized to, told to “go in peace” and “may God grant you what you have asked for”. Yes, an apology and a blessing. Pretty impressive, for a woman of those times. So she left, and she ate, and was no longer downcast.
After relations with her husband, Hannah conceived, and had a son and the story goes on. And for the record, Hannah became a model of prayer, with her silent but heart felt communication.
So I’ll reiterate the obvious. Here’s a woman, seemingly depressed, taunted, yearning year after year for a child. Her husband doesn’t seem to get it, or likely to understand her or her sorrow, as he naively asks her “isn’t my devotion as good as ten sons?” She manages to eat and drink something, then finds her voice. She takes control of the situation, by bargaining with God to get what she wants—take note and give me a son, and I’ll dedicate him to your service. She expresses her pain to the priest and makes herself understood after being accused of drunkenness. She leaves, eats, and is no longer downcast. And then she is able to conceive.
The text doesn’t tell us if she had amenorrhea. We don’t know if there is a genetic component to her fertility problems, or to her eating disorder. We know nothing of her thoughts about food and eating, about her preoccupation with anything other than conceiving. And I doubt she calorie counted. We certainly don’t know her weight, BMI or how medically stable she was. But we see a link made over and over in this text—She ate, she found her voice. She didn’t eat, she was infertile. And I have learned that when things are repeated in these texts, it is never accidental, but for emphasis. After expressing herself, pouring her heart out, she was able to eat and drink, resulting in her ability to conceive; a connection, causation even, suggested between not eating and infertility, between eating and conceiving.
Hmm. Seems like perhaps the earliest reported case of anorexia to me.


What’s the significance for you?
From my read, I see hope. You can be stuck year after year in the same bad place, but then something can change—YOU can make something change, and get to a better place. It takes nourishment to find your voice, to petition to get your needs met. But isn’t it worth it if you can finally be heard? And even if you don’t get blessed for your outspokenness, I suspect you’ll feel much better. Getting things off your chest—whether through personal expression (writing, journaling, silent prayer, meditation) or speaking up to your significant other or those who really don’t get it—is crucial. Yes, eating helps you find your voice, and expressing yourself helps you eat—but pregnancy will not necessarily result.
Posted by HikerRD at 6:34 PM