Out of Into the Mouths of Babes. Weight management without the rules.

Ok, so my baby is 20 (years, not months) but as a parent I can still appreciate it when kids say the darndest things, especially when it relates to food regulation. 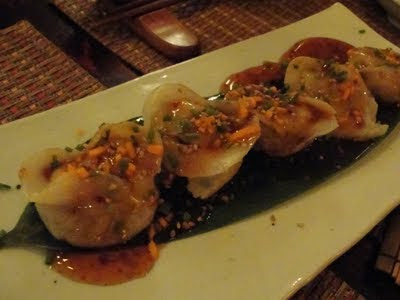 This past weekend we visited our son at school and indulged him with a lovely Japanese meal out. To be fair, he would have felt more indulged by a home cooked meal, but logistically that just wasn't happening, so dining out it was. Together with my husband, we ordered an assortment of appetizers including delectable sushi. And then it came to ordering our entrees. Now in the past, even the somewhat recent past, I vividly recall the eye rolling and comments when I would place my order. I would feel my sons cringe as I'd politely inquire about the food preparation, frequently requesting a meal "light on the oil", with less ghee at an Indian restaurant or easy on a rich and creamy sauce.

It's what makes me comfortable--I prefer the taste, and it allows me to dine out and feel physically comfortable afterwards. I'd prefer to have it my way than to simply avoid delicious tasting entrees and fine cuisine. So I bit my tongue and stifled my chuckles when my son ordered his noodle-based dish, requesting of the waiter "can you make that light on the oil?"
And there was no prompting from me, I might add; my terriaki salmon order with white rice and vegetables was rather straight forward, necessitating no modifications for my satisfaction. 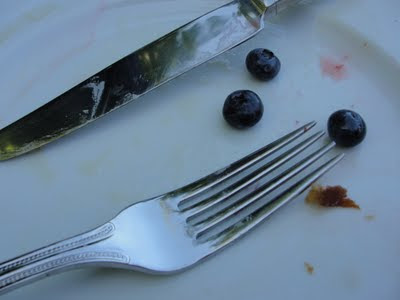 The way my son described it, he was so tired of the richness of the frequent meals out that he wanted to eat something that felt better.

Later, he described his recent experience dining at the local burger joint in his college town. He ordered a burger and fries meal at lunch. Sooo, you're thinking? Well, my 6'1" slim and fit son ordered the kids' meal as opposed to the regular portion, and, he added, it was more than adequate. He knew that with restaurant portions tending to be quite excessive, that a kids' size would better meet his needs. Okay, perhaps the fact that he had only $20 left in his campus bank account may also have been an influence. Nonetheless, I was struck by this awareness and ability to self regulate even in restaurants, even after leaving the world of his nutritionist mom behind. And from what I've observed of restaurant portions, his selection was quite wise. 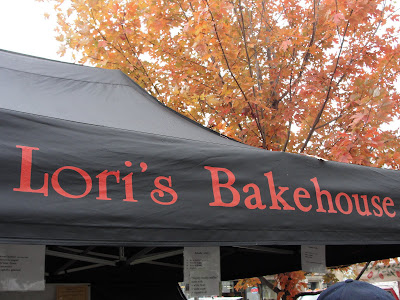 Yes, this is a child raised with chocolates, cookies, ice cream and home baked goods. He was never limited by others regarding how much he ate or what choices he was allowed. The only deprivation he might have experienced is a lack of fast food, as that has never been part of our family repertoire.

Remember those bagels described in a previous post? (http://dropitandeat.blogspot.com/2011/01/why-carbs-got-bad-rep-and-what-you-can.html)  With no knowledge of their 7.5 oz weight (he rarely reads these posts and this knowledge would not have been a deterrent) nor of their calorie content, my other son found them impossible to comfortably consume, at least topped with cream cheese.  And last summer, I remember him (also 6'1" healthy and fit, I might add) ordering a kiddie size ice cream at our local, full fat dairy ice cream stand. Yes, he knew that the small serving (measuring approximately 2 full cups) was beyond his need.
Let me clarify that these are healthy young men without disorders. They eat all kinds of foods and enjoy great desserts. One stays active through the year with recreational sports, one only seasonally when he trains for a bike event, and both use their legs for local transportation around their campuses.
Neither sets rules about calorie limits, nor restricts his intake to

certain hours of the day. There is nothing unique about them, other than that they were raised perhaps without nutrition rules.


In fact, in some ways, at some points, I felt I had failed to educate them, to teach them nutrition basics; we talked little of nutrition and dietary requirements, and I often felt that their classmates were more well-versed in diet basics. Until I realized that in fact I had taught them--by example, through what was served, through watching me enjoy my chocolate snack or my rugelach(http://bit.ly/iOoR2L), and by modeling balance both in and out of the home. And, by providing an atmosphere devoid of negative messages about my body and of theirs.
"That's just fine," you may be thinking, "but I wasn't so fortunate to be raised in such a household! Now what am I supposed to do?"
Well, let me confess-- neither was I. There were plenty of messages about weight and weight loss needs in my childhood home, and food was pushed for the sake of avoiding wrapping up leftovers. Stating that I was full was generally followed by encouragement for dessert, although in the next breath the command to "hold your stomach in" was frequently stated. I never really understood how one is supposed to hold their stomach in while still breathing…
My patients, also, are rarely so fortunate. They present feeling hopeless and out of control with their eating. Or, so rigidly controlled by their disorder, fearing that acknowledgment of their body's signals will open the flood gates and cause a non-stop food frenzy. But over time, with guidance, they begin to trust the process, and their bodies. They are shocked that they can keep a 1/2 gallon (actually, they're 1.75 quarts now, unfortunately) of their favorite ice cream around and it will last more than the night! They learn that after the initial leap of faith where they break the rules, and choose foods that satisfy, that they can begin to trust their bodies. But at the start, no one believes it. They all believe they are different, that their bodies don't follow these same laws of nature.
Managing your eating is in part intuitive and involves listening to your body and its signals. But that assumes that the signals are present. If you've been severely restricting, you will require more structure to get this system working. If your hunger is not present, if you struggle with anxiety or depression, or are on meds which may impact appetite, then you too will need more structure to start.

But besides the intuitive part, there are strategies like those mentioned above that help with comfort around eating and weight regulation, regardless of the direction your weight needs to go.


To summarize:
Hoping this post doesn't trigger anyone.  And, that my sons are not reading this and rolling their eyes!
Posted by HikerRD at 8:06 PM