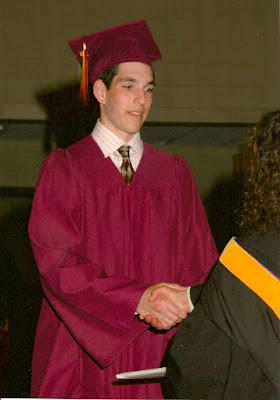 Talk about triggering. Last week, Sarah described a conversation she was subjected to at a dinner gathering. Prompted by Amy, pulling her food-filled Tupperware container from her leather bag, the discussion centered around Amy's latest venture. She was determined to lose 15 pounds by her son's college graduation.
Why the fuss, you might ask?  What's wrong with this goal?
So many aspects of this dialogue struck me that I want to share. Let’s start with the goal setting.
If you do the math, with six weeks left until her senior's graduation ceremony, an average weekly weight loss of 2 1/2 pounds is necessary to achieve Amy’s goal. Here’s a quick reminder, for those who've forgotten: it takes about 3,500 calories per week to lose one pound per week. That is, if she were maintaining her weight previously, versus gaining. (For the record, for those of you struggling to eat enough and concerned about taking risks and eating a bit more, it may help to remember that it takes this same amount to gain a single pound. So those cookies, even too much of them, will not by themselves, result in your gaining weight!)
Back to Amy’s example. If she had been gaining weight, she would need 3,500 fewer calories per week AND a further reduction in calories to account for the climbing weight that was occurring previously. For each of the next 6 weeks, then, Amy would need to create a caloric deficit of 8,750 (3,500 x 2.5 pounds). Divide that by seven days, and you get 1,250 calories daily, which equals the number of calories Amy would need to lose to reach her stated goal. So unless Amy were entering Basic Training or was ending binge eating, that level of deficit simply isn't realistic.
In fact, if she were a binge eater, the last thing I would ever suggest is setting a dramatic calorie-restrictive goal. Think deprivation and the consequences that follow—preoccupation with food, eating and weight, irritability, and fatigue, to name a few. The rebound overeating that results more than overcompensates for the dramatic reduction in calories.
Magical thinking?
What does Amy really hope to achieve by losing 15 pounds by graduation? Will it make her feel better about herself when her son reaches the stage to collect his diploma? Will it cause her social anxiety to disappear? Will it put the focus on her versus her son during this pride-filled day? Will it improve her health? Her mood? Her outlook? Or her sense of self worth? Is it all so that she can enjoy a piece of graduation cake guilt free?

No, it will likely make her irritable and less social. It will focus a greater percentage of her thoughts not on her son and his accomplishments, but on her self--her size, what her lunch is going to look like, how much time before she can get to eat again, and what his roommates’ parents will be thinking when they see her eat.
And how will Amy’s weight loss strategy likely work for her long term? Is her approach—bringing her own food wherever she goes—going to help her manage her weight in the future? Will it teach her how to function in challenging eating situations? Or will it establish foods as good and bad, acceptable for weight loss versus unacceptable? 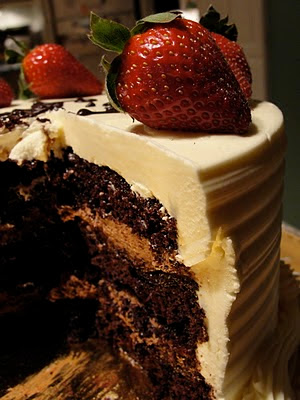 In life, she’s going to need to learn to be flexible. She’ll have to figure out how to stop eating when she’s had enough to eat.  And to sit with the discomfort of being full, having eaten more that necessary at times. For long term, cake will need to happen more than once every graduation, with permission, and with enjoyment.
While I can respect her determination, I would caution Amy, and those of you thinking like Amy, to rethink your goals and your approach to meeting them. The short-term gain (well, loss actually, in pounds) of losing weight, will backfire, leaving you feeling worse. Dramatic changes in eating and activity are rarely sustainable. And they never occur without a cost. The “cost benefit” of your severe dieting will be slanted in favor of too high a cost for the benefit you get; even the pounds lost may not be enough to endure the dramatic change from restrictive eating and the resulting deprivation. 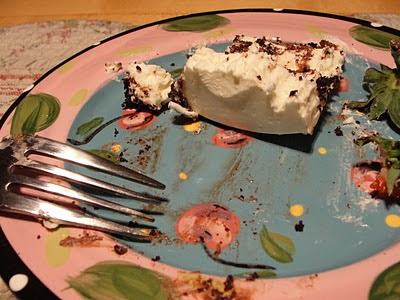 For those who know that I too have a son graduating from college this year, I can assure you this tale is not autobiographic! No, I am already reserving the restaurant and planning for another fun, and food-filled 48 hours (http://dropitandeat.blogspot.com/2010/11/forty-eight-food-filled-hours-and-yes.html). And, I might add, I’ve been enjoying my delectable birthday cake over the past week. No sense waiting for graduation!
Posted by HikerRD at 8:41 AM