Lessons from the Tiger Mom

A Nutritionist's View on Achieving Success 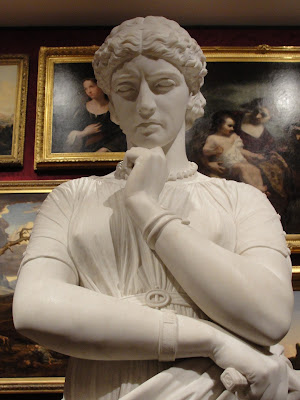 Twice last week I was accused of acting like a Tiger Mom. Interestingly, the accusers were not my own flesh and blood. Rather, they were two patients, independently, who described my Tigress-like approach in my sessions with them.

Unaware of the Tiger Mom associations, evolved from Amy Chua’s book “Battle Hymn of the Tiger Mother”? Briefly, this Yale Law school professor recently published her memoir on parenting, Chinese parenting, focused on tough love strategies and exceptionally high standards. She writes that “an A- is a bad grade”, and has been known to reject her young daughter’s homemade birthday card, saying “I deserve better than this” throwing it back at her child. She states:

"Chinese parents can do things that would seem unimaginable — even legally actionable — to Westerners. Chinese mothers can say to their daughters, "Hey fatty — lose some weight." By contrast, Western parents have to tiptoe around the issue, talking in terms of "health" and never ever mentioning the f-word, and their kids still end up in therapy for eating disorders and negative self-image. ... "

While I admit to having not yet read the book, it certainly appears that success is measured by how things appear on the outside (such as mastering a musical instrument to perform at Carnegie Hall, as her daughter did at 14). Happiness, and psychological health, however, apparently are of no concern.

Now back to my patients. Neither Jane nor Dana was called names in our sessions. And my focus was hardly limited to external measures of progress, such as weight, for instance. Yet their descriptions of my counseling approach I could only translate as “Tiger”.  And rightfully so.

A literal “Ouch” was uttered, as I strongly linked Dana’s recent eating disordered slip with the very destructive pattern she sees in her mother. I very directly pointed out the inconsistencies between what she stated she wanted to achieve and her unhealthy behaviors. After much time working together, this grade was substandard and for eating disorder recovery, simply unacceptable. I told her I had come to expect better from her. And strict limits were set regarding behaviors that impacted her safety and the safety of those in her care. While her behavior is her choice, I could not support working together unless some clear limits were established, including accountability for medical stability.

As for Jane, who has been working with me for more than a year, she casually described (to an Intern sitting in on our session) my lack of warmth and fuzziness at our initial meeting. Perhaps she even mentioned distant? Can’t remember, or simply blocking it out. But over time, she reported, she saw another side of me. Let’s call it the Koala Mom side.

The Koala Mom, so beautifully and lovingly described by Dr. Amy (http://skepticalob.blogspot.com/2011/01/battle-hymn-of-koala-mother.html) is warm, fuzzy and supportive. She trusts her offspring have the competence and wisdom to do the right thing, to have good judgment, and to be true to them selves. Koala Mom offers a “safe place to escape from the pressures of the world”. And KM wants to build their inner strength so they can cope with disappointments and difficulties when they arise.

Perhaps it’s a bit of a leap, but the parenting role we play as counselors and nutrition therapists cannot be ignored. On the Tiger side, denying you privileges, including engaging in physical activity, traveling, even driving a car, is often essential—for your own safety. And often, few others will step in to set these very necessary limits. And if they did, if might be difficult to hear from those that are closer to you. These limits are set out of care and concern. They are not punishments, merely safety measures, road-blocks to prevent you from detouring into an abyss. I may present what appears rigid, (as described in a phone conversation with one parent today). Yet this very parent, in the same call described how safe and trusting her daughter had become of my guidance.

Yet if I fail to be appropriately nurturing, to be part Koala Mom, to support you in making your own decisions, I am truly sorry. It’s not that I don’t trust you. It’s not that I don’t believe your stated intentions. It’s just that eating disorders are fickle. They don’t always behave rationally and sensibly. Motivated to recover, you’ll come to appreciate this. Like Dana who admits that my direct and seemingly harsh stand, while troubling to hear, was just what she needed. Yes, it shook her up, and got her back on her feet. At least for now.

And so at times, my Tiger Mom side may emerge—seemingly strict, tough, heartless. Tough love, maybe, but with only the best intentions for recovery. But I hope you’ll have absorbed my encouragement and belief in your ability to get through. Perhaps, as patients have reported, believing in you even when you have stopped believing in yourself. 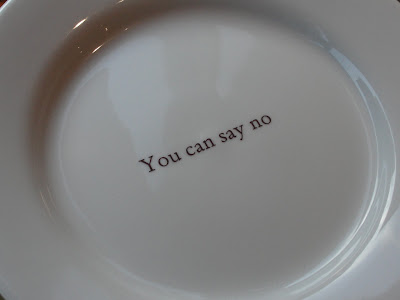 And hopefully you’ll know that you have a voice that I am always willing to hear—even if I don’t always agree what you might be saying.

You won’t always like what I have to say. (Or, the recommendations of your own nutritionist, or therapist, or doctor, if it goes against your unhealthy intentions.) But please consider that this seemingly callous approach is anything but. It comes from truly caring about your success and recovery. And the need to balance the Koala with the Tiger.

I'd love to hear what you're thinking, so please comment!